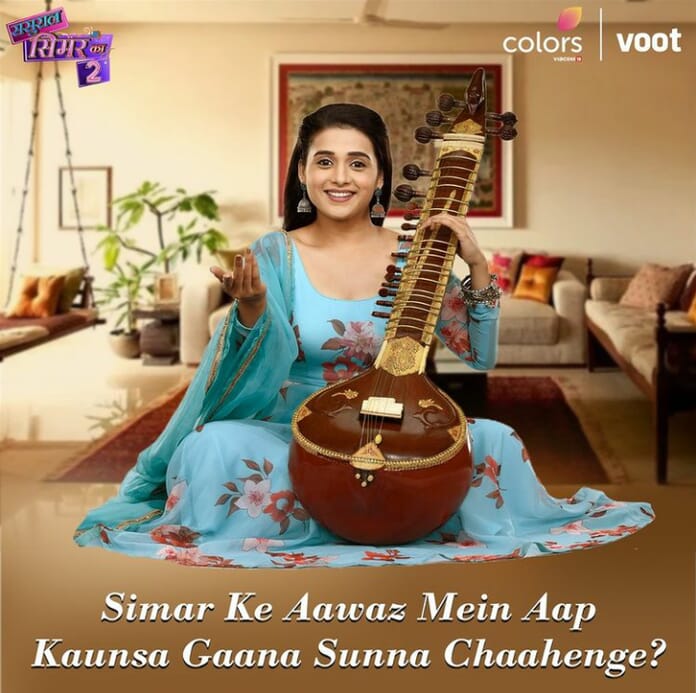 The episode starts with Geetanjali Devi ask Sandhya that who will pay the money she lost due to that one slap of Sandhya. Gajender interrupts and tells to Badi Ma that he finds out that Mohit is not a good boy, it’s good that they didn’t married Aditi with him. Geetanjali Devi says now he is also supporting his wife. She shouts at him and tells him he should only spark when he is allowed to. She tells him he will also stop her but cannot ask his wife to apologise to his mother.

Geetanjali Devi tells to Sandhya that due to her one action they have lost name from market. All there trucks are banned from entering, Ma Durga Petha has lost its name , everyone in the market is making fun of them. 8f she knew about Mohit before the wedding day she should have informed her before. But still Sandhya you will not ask apology from her.

Geetanjali Devi says to Sandhya that when she was getting married her family didn’t check Gajender character as they saw he belongs to rich family so they became ready to marry her. She taunts Sandhya and tells her that she got all money, fame , name everything from this Oswal surname. Geetanjali Devi says that she gave her the position of eldest Bahu in her house and after marriage her family not even turned back to her for once.

Geetanjali Devi says to Sandhya that still if she wants to leave the house then she knows very well where is the door. Sandhya falls on the ground, she feels disheartened and insulted. Simar tries to control herself but she gets provoked by Geetanjali Devi words. Simar shouts that Sandhya will not go anywhere. Geetanjali Devi turns, everyone looks at Simar. Griraj shouts at Simar and ask Aarav to control his wife. Aarav tells Simar do she understands what she is saying. Geetanjali Devi stops Aarav and tells him that nobody will come inbetween and let her speak. Simar says that it’s not Sandhya’s fault if it’s someone’s mistake then it’s Geetanjali Devi.

Simar reminds Geetanjali Devi that Sandhya made this house home. She gave her everything for this house. Simar then shows them their old photos. Geetanjali Devi is silently listening to Simar. Simar supports Sandhya, she justifies on her behalf. She tells that Sandhya took such great care of her house that nobody could ever think of that. She tells that being a housewife she never took leave. She also told Geetanjali Devi that she succeed in her path because she had Sandhya to take care of her home just like her. She took care of everone her son, daughter , husband, brother-in-law without thinking or caring about herself.

She tells to Badi ma that why her parents never turned 9n her because she never looked at them as she was busy taking care of her own house and at last after giving everything she is asked to leave the house just because she took stand for her daughter and stood by her words. Simar tells to Geetanjali Devi if someone will tell her to leave her entire empire and go, the. How she will feel?

Simar tells her that Sandhya took stand for her daughter. She also tells that the cost of that slap is not money ist Aditi’s future. Simar also reveals that Mohit misbehaved with her too. Geetanjali Devi is shocked to hear this and everone else too were shocked. Simar thanked Sandhya for taking stand as a woman can only understand about molestation whether it’s physically or verbally. Simar thanked Sandhya for everything.

Still Sandhya and Aditi walks to leave the house. Simar tells Badi Ma to stop them otherwise her big Mansion will not be a home. Geetanjali Devi shouts at Aditi and tells her to stop and takes her mother to her room. Everyone isbhappy to hear this Badi Ma. Simar cries her heart out due to happiness. Sandhya comes back and gives her blessings to Simar. Aarav remembers that how Simar promised that she will not let Sandhya leav ethe house. He thanked Simar for not letting his mother leave the house.