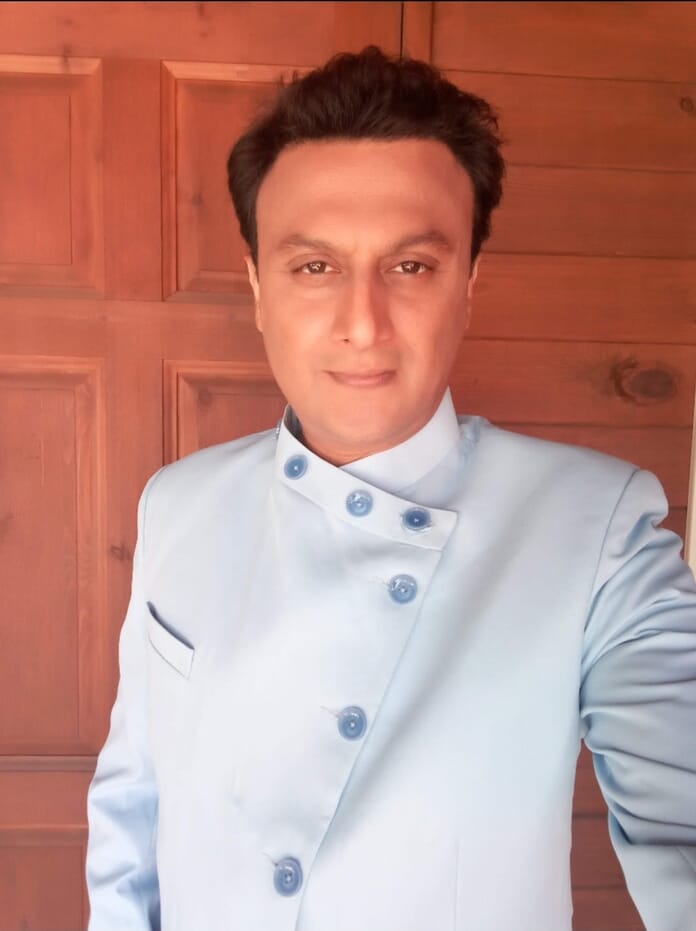 For Saurabh Agarwal work is work and being an actor he prefers performance-oriented parts, can’t do roles that feel “like a furniture-somewhere standing behind” in the narrative. The actor is therefore particular about what he takes up. He is happy with his last show Aapki Nazron Ne Samjha.

“First of all it was on a channel like Star Plus, secondly it was backed by Full House Media and most importantly my character. Initially, I felt I’m not doing the things good enough where I knew I could do even better. So somewhere I had a few doubts and questions regarding the script and my character but that’s okay, I’m happy that I got this chance. All’s well that ends well, as the end track was all about my character Vipul Rawal,” he says.

Every show is a learning experience for me as you tend to work with New Actors and New Directors. And to say everyone has their own way of working and exploring the craft. The fact that the team is loving and supportive helps,” he adds.  The show is going off-air on October 9. “Obviously it feels bad… It came as a shock to all of us because we thought now that we have got a 5.30 slot we might have got another one-year extension but then one day Aamir Jaffer sir came on the set and broke this news, and we were all dumbstruck,” he shares.

About the kind of roles he is looking forward to, Saurabh adds, “ I am an extremely passionate and dedicated actor. I don’t let go of my character so easily. I try working on my role endlessly, and I treat my work as if it is like my last breath. So for me, any project which has a similar kind of Intensity n Passion suits my genre. But there are times when you don’t get what you want but what the makers think is best for you. Before this show, I did a web series titled Chakravyuh which is on YouTube. I loved playing the leading role of ACP Ranvijay Singh. This is based on the true story of a celebrated Cop from Mumbai. I have never restrained myself as an Actor. I have done every type of role. Be it Good, Bad, or Ugly. I recently gave an audition for a bisexual man and that part was amazingly written but then I could not take it up due to Aapki… I have never stopped myself as an actor, even if you give me the role of a father I will do it, provided it’s substantial,” he says. Saurabh never really got a chance to explore reality shows. So will he ever do shows like Bigg Boss or Khatron Ke Khiladi if offered?

“Honestly I rarely watched Bigg boss, it’s not my kind of genre. To be in the limelight it is good but for an actor, it’s not my zone. I don’t know if I’ll ever do it or not, that will depend on when I get the offer… AS far as Khatron Ke Khiladi is concerned, I would love to.

I’m ready to go with whatever comes when it comes to doing something difficult and different,” he adds.

Commenting on the content on TV, he says, “We need to do much more, open up, experiment, and try new things. I really thought that TV shall change with a bang post the Pakistani shows, which we all went mad about. But Alas! I was even part of Zee Zindagi when it got launched with their Hindi genre.   In the time of OTT, which is like a boon for actors like us, TV needs to buck up, I have worked on 4-5 OTT platforms, so I am saying this from experience. There’s more scope for actors there than any other medium right now.”