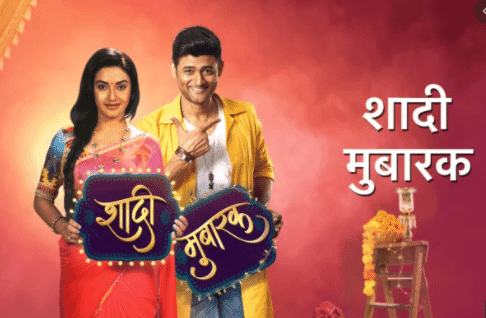 Episode starts with Preeti sitting inside Priyanka’s cabin for the interview. A staff comes there, informing about the problem they are facing; while Preeti solves it immediately. Kushala and Sneha gets impressed with Preeti’s suggestion. KT smiles seeing her, hiding beside the door; whereas Priyanka praises her and gives her the job. Preeti gets elated. Priyanka informs her about the salary, while KT keeps signalling her to increase the amount. Preeti gets confuse with her behaviour while Priyanka somehow handles the situation.

Here, little Preeti cries and calls at her home. Vishal receives the call while she ask him to give the phone to Preeti/Mohi. He says that she have gone for some work and ask little Preeti about her problem. To which she complains about Kirti. He makes her understand and keeps the call. At that time Preeti calls Vishal asking about little Preeti but he hides the truth from her. Later, he decides to take revenge on Preeti/Mohi for snatching his daughter from him and determines to separate her from his daughter. There, Little Preeti keeps waiting for Preeti’s call.

A man ask about KT from his staff while KT signals tries to get rid of him. He sees KT and moves towards him while from the other side Preeti comes towards him excitedly. KT looks in between them. Preeti hugs KT tightly showing her happiness. She realises her position and apologises to him. She informs him about the job while he congratulates her. She gives him chocolate as a treat.

She tells him about what all she will do with her first salary, while he admires her for being selfless. She narrates him that how she found Shikha 5 years before while he listens to her keenly. At that time, the man comes there asking about KT while KT somehow sends him away. Preeti ask if Keertan knows KT? To which he replies that KT is his boss. Preeti gets angry and leaves from there stating that she will never work in KT’s company.

Preeti sees little Preeti’s bag and goes inside her room. Little Preeti shows her anger towards Preeti and states that she was waiting for her call. Preeti gets shocked learning about it. Vishal tries to pacify his daughter in order to get close to her but she goes inside ignoring him and hugs Preeti. She says that she can’t live without her while Preeti says the same. Vishal gets irked seeing their bond, whereas Preeti ask him to come aside. She confront him for his lie.

Here, Kirti shows her temper while KT tries to pacify her. She tells him about the play, whereas he assures her that she will only be the Princess. He tries to make her understand but she says that she won’t leave Preeti and little Preeti. She goes from there while KT gets worried thinking about their relationship.

Vishal lies to Preeti stating that he doesn’t want to disturb her during her interview. She melts seeing his fake emotions and apologises to him. She goes inside as little Preeti calls for her.

KT calls Preeti and lies about being thrown out of the job. He says that KT has expelled him stating, reasoning that if Preeti won’t work then he will also have to leave. He fakes his cry and tells her an emotional story. Neel tries to supress his laugh. She feels sympathy towards him and ask for his address.

Precap:- Preeti gets inside Shaadi Mubarak and demands to meet KT. She shouts at the staff, while Priyanka sees her and informs KT about it. Preeti forcefully goes inside the cabin, whereas KT disguises himself and meets her.