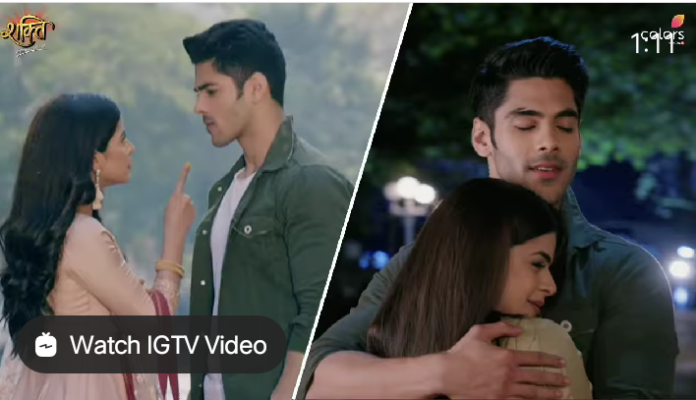 Today’s episode begins with Heer. Heer is angry and her brothers try to convince Heer and refresh their childhood memories. Preeto and other family members are happy to see then. And then Heer ties a rakhi to her brothers and gets some gifts from them. Rohan then asks her if she needs anything else. Heer says she needs her brothers and she wants their trust and freedom.

Soham says in film style “Jaa Heer jee lai apni zindagi” Heer smiles. Soham says that he will always protect her, Rohan also promises this. Rohan says they should make something to eat. Heer says Soham cannot cook and she need to go to college too. Rohan asks why does she have to go to college today. Heer says there is some NGO work. And then she leaves.

While Nuttan tie a rakhi to Malika. Malika asks her to come home but Nuttan refuses. And says she still has to prove her loyalty towards Heer. Malika does not understand. Nuttan then tells her everything. Nuttan tells how she saw Virat and Jharana yesterday. And she tells her how Virat has not forgotten Heer yet. And if Virat will love and marry Heer even after knowing the truth, then his love will prove to be great. Malika says that she will not let this happen and leaves.

The same time, Shano tires to provoke Soham. She tells Soham that someone else is the reason behind the marriage breakdown. Shano speaks so many things in front of Soham, due to which doubts start to arise in Soham’s mind.

Otherside, Heer enters college and slips and she starts falling. But Virat helps her. Heer says how dare he touch her. Virat says that she comes on her own and falls on him. Heer gets angry. And both start fighting . Virat angrily throws water at Heer’s mouth. Heer is shocked and then angrily throws water on Virat’s mouth. Then a tea taker comes and gives them tea, saying that the teacher has specially ordered tea for them. Both of them are about to start a fight again, but then their teachers come there and ask how they got wet.

Virat says that Heer has done all this. Virat insults Heer. Their teacher scolds Virat for that. Heer says they should expel Virat from here. The teacher does not agree with Heer. And then their teacher leaves from there.

At the same time Malika talks to Preeto and Harak at Heer’s house and tells them to tell Heer’s truth. Ravi says Heer is still interested in studies and they should not tell her anything. Harak also agrees with her. Harak says that they just need to keep Virat and Heer away, and rest of the problems will be cured. Soham listens to them and narrates them perfectly. Malika tells Soham to calm down. Soham says she should keep quiet as a eunuch because she has no right to interfere.

Soham brutally humiliates Malika and holds her hand and expels her from the house. Everyone is surprised. Preeto apologizes by joining hands with Malika. Rohan comes there and asks Soham how can he do such an act. Soham says why they does not want to let Heer get married and why Ravi and Sindhu did not go to their in-laws after getting married. He asks for an answer from them. Shano is happy to see all this. Harak says he has a lot to answer but he is smart not to answer. Harak says this is his house and his decisions will follow. And Heer is her granddaughter and he is worried about Heer.

Preeto says and if Soham does not want to listen to them, he can leave this house. Soham gets sad and decides that he is leaving the house. Shano thinks that if Soham is gone then her plan will be spoiled. In college, teachers ask, are you both ready to work together? They both say yes. Just then, Jharana’s call comes, Virat picks up the phone and talks lovingly to Jharana as he wants to make Heer sad. Heer trudges and leaves from there. Later, Heer sees the chair where Virat wrote their name. Heer gets lost in Virat’s memories. Remembering all this, Heer gets tears in her eyes. And she erases the name from the chair. (Episode ends)