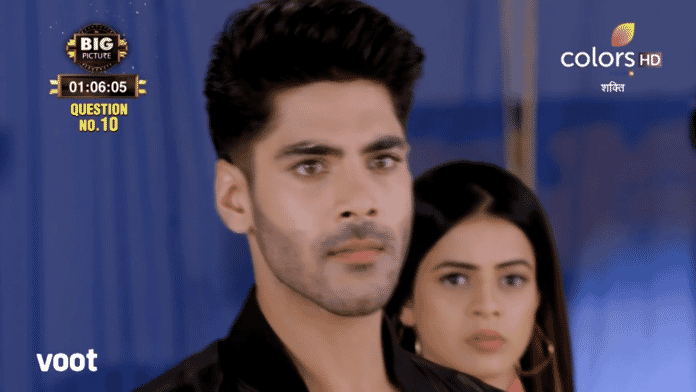 Colors TV long running show Shakti Astitva Ke Ehsaas Ki has been dealing with an important issue since the beginning. It portrays a transgender’s struggle of seeking validation. Saumya and Heer both have left a powerful impact on the audience. Currently Virat is trying his best to keep Guru away from Heer but how long he will hide about his marital status It will be interesting to watch also how Virat and Heer will again unmask Daljeet and his expose his evil intentions viewers will be excited to witness.

Earlier its seen how Heer hired Geetu as their house help after seeing her good nature. Virat also agreed. Daljeet came back home after getting released from jail. He acted like he is in guilt. Gurwindar apologised to everyone on behalf of Daljeet and requested Heer and Virat to forgive him.
Geetu suggested Heer that such arguments are common in a joint family so they should forgive Daljeet. Virat shut Geetu up saying she has no idea of these things so she should not give her opinion and he told Heer that here noone is going to support their decision so they should leave now.

Heer found herself in dilemma. Gurwindar requested Heer to convince Virat so that he forgives Daljeet. There Saumya lied to Harman’s family and faked illness. Preeto found Saumya talking to a person on road. She got suspicious.

In upcoming episodes viewers will witness that Heer will decide to forgive Daljeet and will convince Virat to give him a second chance. Virat will agree for Heer’s sake. Later Gurwindar will change her opinion about Heer and will decide not to trouble her anymore. Geetu will find Daljeet is being disrespectful towards Gurwindar.

She will take stand for her but Daljeet will look at Geetu with wrong intentions. There Guru will decide to confess his love to Heer but Virat will stop him saying he should do something special. Virat will find it difficult to stop Guru as he can’t reveal about his relation with Heer.

Will Guru propose to Heer?

Will Daljeet misbehave with Geetu?