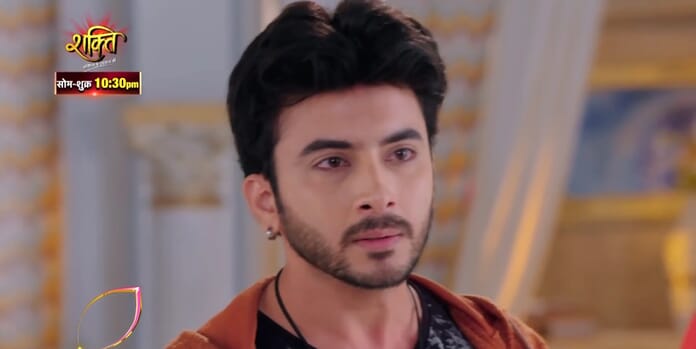 Colors TV long running show Shakti Astitva Ke Ehsaas Ki has been dealing with an important issue since the beginning. It portrays a transgender’s struggle of seeking validation. Saumya and Heer both have left a powerful impact on the audience.

Recently Heer breathed her last and Saumya learned from dying Kareena what Virat’s parents did to Heer. Heer, Gitu and Gitu’s father were murdered by Virat’s family. Virat got shattered after learning the truth. Virat’s family got arrested and now Saumya’s new challenge is to show right path to Chintu?

Raavi also came out of trauma and revealed the truth to Chintu. Now what will happen next It will be interesting to watch.

Earlier its seen how Chintu instigated Raavi against her family saying noone cares for her but they are more concerned for the child. Later Saumya and Preeto went to Angel’s house with Police but Angel’s gang supported her. Angel scolded the goons for not doing the work.

Chintu revealed he made a deal with Angel to kidnap the child. Later on Saumya got worried thinking the baby will not be able to stay in the house peacefully because she is not a part of the family. So Saumya took a decision for her good future.

In upcoming episodes viewers will witness that Saumya will suggest that they should leave the house with the child for her safety but Preeto won’t take Saumya’s suggestion. She will tell that everyone will stay with the baby like a family. Preeto will also talk about giving her property to the baby.

Chintu will instigate Raavi and Veeran against their family. He will tell them to take their share of the property from Harak and Preeto. They will agree while Chintu will decide to kidnap the child with their help.