Shubhaavi Choksey has an amazing time at Kitchen Champion

Actors Shubhaavi Choksey and Erica Fernandez had a blast in Arjun Bijlani’s Kitchen Champion recently. Although Shubhaavi doesn’t cook much, she loved interacting with the kids. “This is my first reality show and it will definitely go down memory lane in many ways. The kids on the show are a visual treat, I did a lot of masti with them. Arjun, too, is so much fun and to top it all, I had a friend like Eri along. So that was the icing on the cake,” she says. She adds, “More than competing, I guess it was just having the same amount of fun onscreen the way we have offscreen. My true self came out thanks to her being there.” The actor loved interacting with Arjun too. “Arjun is a great host. He is very witty too. Since we both were in the same college, the level of comfort was already there. In fact, my husband and brother were in the same batch so meeting him after so long was even more fun,” she says.

Meanwhile, talking about cooking, Shubhaavi says that she isn’t much of a cook. “I don’t need to cook, I have 2 moms to feed me. I have always had people around me who cook well, be it my father and father in law or my brother in law. I think my husband also can cook better than me,” she says.

Not being a great cook has never really been much of an issue for her. “Honestly, it is about each an individual’s likes and dislikes towards cooking. I have grown up in an environment where not only my father but all my uncles would also cook. I’m married into a family where the men too love cooking including my 7-year-old son. No one has ever forced me to cook,” she says. 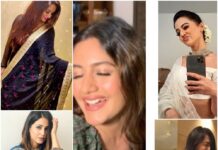 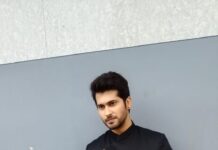 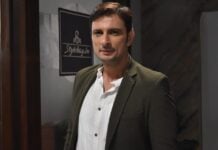