Episode begins with Rani follows the ward boy who exchanged her blood boxes. Mihir notices that and wonders why she is following his staff. Before Rani catches him she falls down and again starts to follow him. She sees he is going towards Mihir’s cabin and thinks what if Mihir is behind this. Then she realises that he crossed Mihir’s cabin so Raja’s enemy is someone else. Ward boy comes out of the hospital and leaves from there in his bike.

Rani follows him in auto. He reaches her house and gives those boxes to Gunvant who was talking with someone in his mobile. Rani shocks seeing that and assumes Gunvant is behind everything. Gunvant wonders what’s in the boxes and Kirtida asks did he ordered anything. He says seems like someone sent gift to him.

Rani says she won’t leave the person who is trying to hurt Raja. She takes the hoe which she saw beside her and moves towards Gunvant angrily and puts that near his neck. He shocks seeing her act and asks what is she doing. She says she already warned him to not do anything against Raja but he didn’t listen her. He doesn’t understands anything and asks what is she talking about. She says he stole blood boxes to kill Raja and says right now Raja needs her so she is leaving from there with blood but she won’t leave him for what he did. She snatches the blood boxes from him and starts to run from there. While running she notices that blood leaking from the boxes and then she fell down dropping the boxes and starts to cry seeing empty cover and blabbers saying nothing will happen to Raja. Rani reaches the hospital and her mother asks what happened to her.

Rani ignores that question and asks about Raja and starts to cry saying she didn’t get blood. Asha says they got the guy who was ready to donate blood for Raja. Rani gets happy hearing her and thanks God and starts to cry again. Utsav says now Raja will be fine then why she is crying. Hitank says it’s happy tears. Asha cleans Rani’s hand and says she used to curse her a lot but now she can proudly say that her daughter in law is best in the world. Rani says she wants to meet Raja.

Asha says Nurse told them that only one person can meet him that’s why they were waiting for her because they wanted her to see him. Rani tells Raja to wake up soon and apologize to him for her carelessness. She tells him to give punishment for her mistake and was about to leave from there but he stops her holding her hand. He asks her about the competition. She gets happy and replies saying they won that competition. He assures her that he will be fine soon. Mihir sees them together. He tells Asha that he just did his job so she need not to thank him.

Asha says he saved Raja’s life by donating blood to him and he is like a God for her. Rani thinks she won’t forget his favor and tries to thank him but he leaves from there and she follows him. He thinks finally she started to follow him and everything going according to his plan and recalls how he told the Ward boy to give those blood boxes to Gunvant. He turns towards Rani and she hugs him which shocks him. 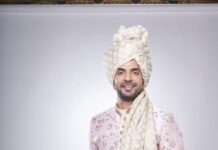 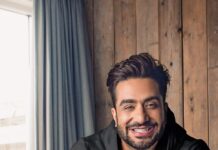 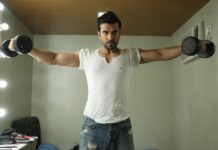 What is the secret behind actor Manit Joura’s fitness

“I am overwhelmed with the appreciation that I am getting for...

After news of Aly’s eviction, fans join forces with #WeWantAlyBack on...

What is the secret behind actor Manit Joura’s fitness