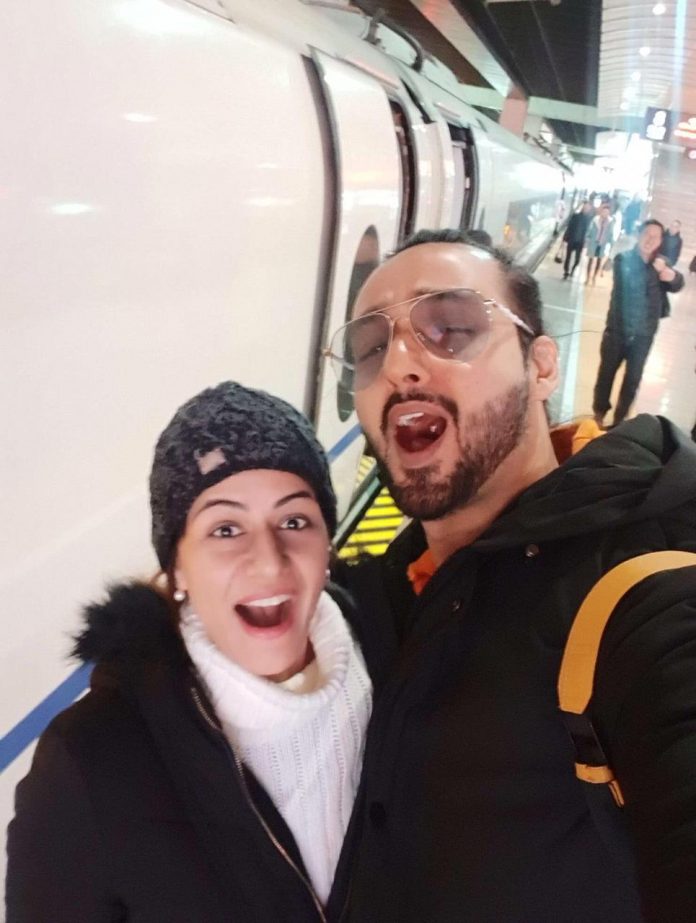 After wrapping up the shoot for Chandragupta Maurya and surprising us with his dance skills in the celebrity dance reality show Nach Baliye 9, Sourabh Raaj Jain along with wife Ridhima Jain has gone on a well-deserved break to celebrate their 9th year wedding anniversary to China.

Although away on vacation, Sourabh has been keeping fans posted of his travel tales and adventures from China. The actor posted a lovely picture of him and Ridhima on their anniversary. “When we got married we had a pact of always celebrating our anniversary at some destination, so keeping up with the tradition this time we chose China to be the place”, said Sourabh. The couple have been complete tourists on the trip and has been experiencing China to the fullest. Speaking of their adventure Sourabh said, “China has its own ancient culture and architecture which they have preserved so beautifully, there is so much more than just the Great Wall of China, there is the Forbidden City, Beijing Grand National Theatre, Tein Man Square, Lama Temple, and extraordinary street markets and much more. We had the opportunity to visit the Huangshan Mountains which is at a distance of 1147 km from Beijing and we covered the distance in 6hrs in a bullet train. The reason to take the Bullet Train was to see China away from its capital.”

“They way they have preserved their heritage is incredible and with that, it’s all very modern and clean” added Sourabh. His pictures and stories have already got us excited for the Holiday Season and have us wanting to pack our bags and leave for China already.