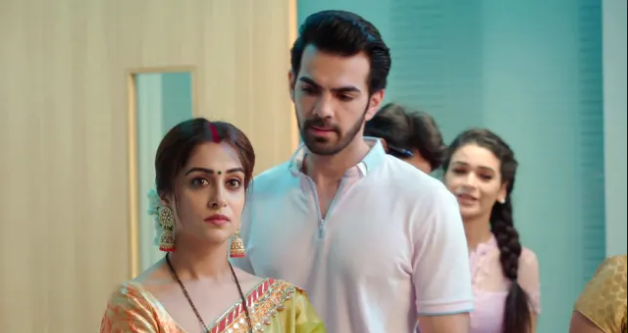 “Kahaan Hum Kahaan Tum”, a Star Plus original is grabbing eyeballs. Audiences are loving the show for its fresh content and fun chemistry between the leads.

As of now, Sonakshi is shooting for her show within the show in Rohit Sippy’s hospital. Post the police case debacle between Sippys and Rastogis, Rohit with Netra’s help is trying to get Sonakshi to talk to him. Last night we saw that Rohit is agitated after seeing the tantrum of Sonakshi’s annoying co-star Sumit. Also he finds out that Sumit gifted her the watch he desperately wanted causing misunderstanding between them. So now, he is all the more adamant to teach this arrogant brat a lesson.

Now, in the upcoming episode we will see that Rohan will plan to take Tanya out for a romantic dinner. Later at the hospital, Rohit will humiliate Sumit in front of everybody. Everyone will laugh at Sumit. Rohit will tell that he has done this. Later, Sonakshi will tell Rohit that nothing can be fine between them.

It will be interesting to see how Rohit reacts and what does he do now to win back Sonakshi’s goodwill and friendship. To find out more, tune in to the show “Kahaan Hum Kahaan Tum” and keep reading this space.