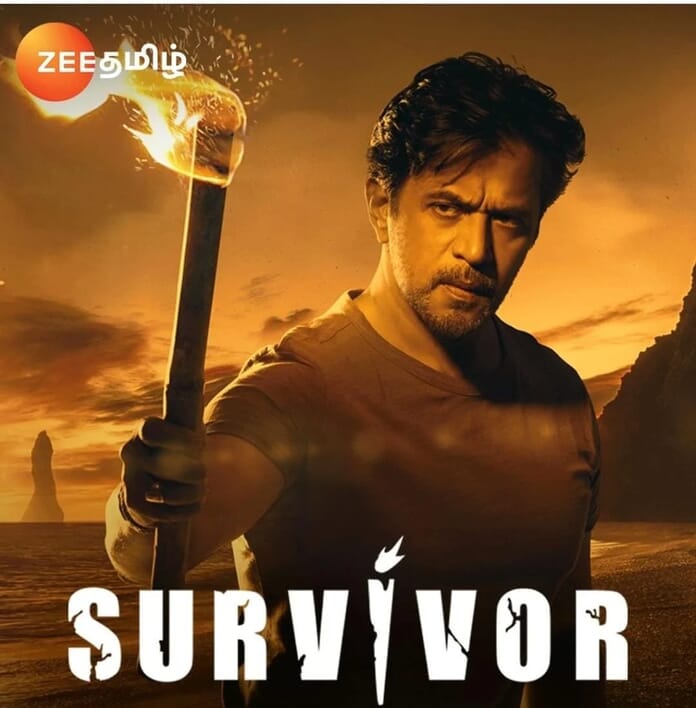 The show begins with Arjun says to audience that every minutes and seconds something happening in this world, like that Vedargal’s unity broke today. They loose in the game as well as someone eliminated today from their team let’s talk with that person. He welcomes Parvathy to the stage. He tells her that she came here with so much confidence with her but it ended up in this way. What’s her opinion about it. Why did she eliminated early. Parvathy says to him that she played an individual game there. They are cornering her there and voted against her for nomination. Nandha whom guiding all secretly all are listening to him and following his orders. He is like a king maker there. It’s tough to fight with them. Arjun asks her to say the left alone feelings? Parvathy says to him that she could feel the negligence there. All are diplomatic there all are fake. It seems she wanna act along with them to being with them. She adds that Parvathy had an argument with Aishwarya recently. Where all are avoiding her and trying to prove to Aishwarya that they are supporting her. When this argument came she talked with her in different ways infront of others and in private. She conveyed to her that she bursted out because all are irritated to see this side of her. When all are having issues with her why don’t they say it to her straightly. They tried to make her comfortable and talking back about her creating group. Arjun says to her that everyone has problems with her in that group including Srishti. She answers to him that she is straight forward that’s why everyone voted against her.

Arjun says to her its the game she don’t wanna take everything to heart. Arjun says to her that it’s a second chance to her. If she win in the challenge then she can join back with her team. There is a third world she can stay there and come back again to fight with others. She thank him and leaves from there.

In Vedargal’s island Lakshmi gets a last notes of Parvathy. She calls everyone there to read that letter. Nandha says to camera that they didn’t expected her letter. He thought she may send wishes to them. Lakshmi starts reading the letter in front of all. Nandha says to camera that her letter fully filled with negative thoughts. She mentioned his name and says that he demotivated her by saying she is good for nothing then her talk. More then she mentioned him as calm and clever guy. About Amzath Khan he always has the impression on her she won’t do anything good for tribes. Amzath says to camera that he felt that letter fully filled with negativity. She mentions that Aishwarya back stabbed her by sharing the conversation between them with others. Ravi only know to degrade her always. She mentions that Narayanan is a fun guy. She adds that Lakshmi is playing neutral and taking decision where Nandha happy. Lakshmi explains her side to them. Amzath says to them that it’s her strategy to get sympathy. Parvathy says to camera that she had nothing to learn from Amzath and Ravi reasoning they are acting Infront of camera. Amzath tears the letter reasoning its full of negativity. Aishwarya imitating her.

In third world, Indraja and Gayathri are busy in cooking. They gets a new scroll. They starts reads it. They gets a first task reward challenge. They both wanna build a boat and takes it near the flag in sea. They will get a reward from there. Indraja and Gayathri starts build it. They gets into the boat. Indraja says to camera that she don’t know swimming at all so she is pulling the boat. She couldn’t balance herself at all. Boat go to another side so they lossed in that challenge. They lost in it and their food will be over next after noon. They don’t know what to do next. In the next morning Parvathy finds Gayathri and Indraja there. They hugs each other and shares each other what happened after they left. Gayathri says to camera that Parvathy shared everything to her and keep questioning her. She shared to them why did everyone in her tribe voted against her. Parvathy adds that she can’t able to act with them. She gave voice notes to them where she poured out all her emotions in it. They gets a new scroll there. Parvathy reads the scroll today. Two tribes wanna compete each other today whom failing in the task will be eliminated permanently. If they can’t able to take an decision survivor will select one.

Arjun welcomes Indraja, Gayathri and Parvathy. Arjun asks them to share their opinion. She says to him that they didn’t eat anything for three days. She was mentally down these days Gayathri was the one whom supported her. Arjun questions them what did they eat? She says to him that they only drink water. Parvathy says to him that she felt happy to see Gayathri and Indraja there. Arjun narrate the rules to them and ask them to take the stone while closing their eyes. Results comes favour to Parvathy. She shares to camera that she decided to do anything today. Arjun says to them that Indraja and Gayathri gonna compete each other. He alerts them that they will be eliminated permanently today if they fail in it. Arjun narrates the rules of the game to them. Whom arranging the blocks correctly will be the winner. He reminds them that they wouldn’t repeat the colors in the rack.

Gayathri takes a lead then Indraja. Indraja says to camera that her hands are stuck inside the rope. Indraja uses the strategy to push the blocks. He reminds them that they shouldn’t repeat the colors. Arjun says to them that there is a small link in it if they find it out it will be easy for them. He appreciates them for not looking each other and concentrate on their game. He gives a clue to them. Gayathri asks her to continue when she about to give up. Gayathri gets a clarity and puzzles it. Arjun appreciates Gayathri to become a winner. She is again back to the game. Indraja says to him that she take the game slowly before she finishing it Gayathri finished it. Arjun asks Indraja to share her opinion. She informs to him that she came to this Survivor game in this young age. She learnt many things here. She will use this minus to plus. She apologies to her parents for loose in it. Indraja hugs him and shares to him that she took him as her inspiration. She puts her hand in the fire and says to them that she miss them. Gayathri says to Arjun that she wanna meet her tribes back and make them understand how much she fighting to go back to her tribe. He sends off them. Arjun says to camera that Indraja eliminated today. She is a good survivor in this young age. She has a good future.