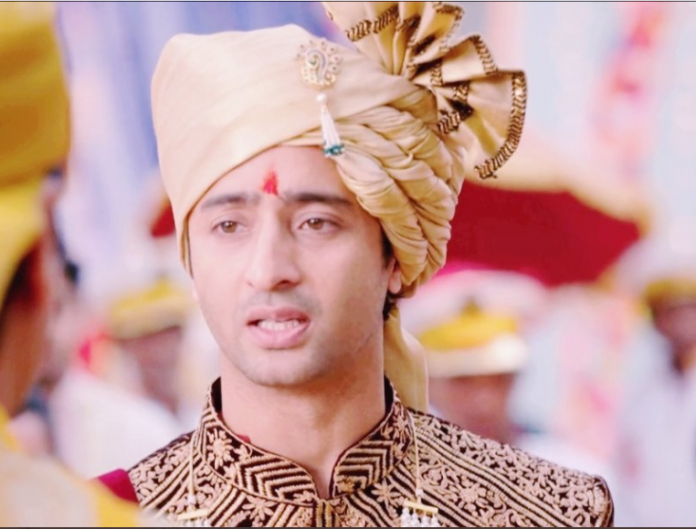 Here are some amazing adjectives that suits Shaheer best!

Shaheer Sheikh has turned many heads with his superb performance in all his shows. He has ruled the TV space since his debut show and continuously winning the heart with his flawless acting. Actor turned the year older today thus we have listed few adjectives that suits him well. Check out if you think alike for TV’s superstar ‘Shaheer Sheikh’!

From 75kgs to 95kgs, the transition from being ‘Anant’ to becoming ‘Arjun’ was a big journey for me physically and mentally. #DownMemoryLane #fromthebeginning #bachpanse #stayhome #staysafe

Whether it’s Anant Bajpayee, Arjuna the Warrior, Dev Dixit or Abir Rajvansh; each characters played by him is splendid!. Can’t resist from watching his impressive performances!

He is ITV hottie! Fans drool over his attractive and charming personality. On-screen and Off-screen; Shaheer attractively slays!

Shaheer is spontaneous and amusing. In the recent past, he delivered a dialogue where he himself confronts that he is amazing. While, praising to his brother Kunal in a scene from Yeh Rishtey Hain Pyaar Ke; he says to him that he is amazing. Abir than replies to him ‘ Main Hoon Hi Amazing’. He never fails to make us go ‘AWW”.

Indeed he is wonderful inside out!. Shaheer is never seen throwing popularity tantrum even after becoming a TV star. He keeps his shoulder high and feet on the ground! That’s Wonderful.

He is romantic! In his shows he has already proven his romantic skills. Be it Navya, Kuch Rang Pyaar Ke Aise Bhi or his current show Yeh Rishtey Hain Pyaar Ke; Shaheer has always given a breathtaking performance in a romantic scenes. He has shared a sizzling chemistry with all his co-stars right from Saumya Seth, Erica Fernandes to Rhea Sharma.!

Being an actor you just cannot restrict yourselves to only straight kind of look. A hero sometimes has to turn women on-screen. Well, when this fancy opportunity came into Shaheer’s way; as Rajjo in Yeh Rishtey Hain Pyaar Ke actor performance as the women was droolworthy! He looked perfect as ‘Rajjo’

Shaheer is handsome and we can’t doubt even for once. Traditional wear, modern dress or tuxedo; Shaheer looks dapper in all!

Well, he is polite and soft spoken. On and Off-screen both Shaheer has the low pitch and speaks politely. Recently, when PM of India has announced for the #JantaCurfew, Shaheer took his instagram and posted a video of his thanking his birdies for staying at home. Shaheer’s soft voice smitten us undoubtedly!

Since birth u been told Who to believe, what to think and what to trust, how many thoughts are actually your own?

Shaheer is an absolute performer. Or in other word we say he is a complete entertainer. He not only performs but lives the character. This is the reason he was awarded with Best Actor 2019 at Lions Gold Award; for his current role Abir Rajvansh in Yeh Rishtey Hain Pyaar Ke!

Undeniable, he freezes the screen whenever comes on the screen. Shaheer brings life to the character and this is the reason his played character becomes super hit!

Well, these are few adjectives that suits Shaheer Sheikh the best. And we would like to know what more you can add! Shoot, your views in the comment section below.

Stay safe at home and keep visiting us for more.!