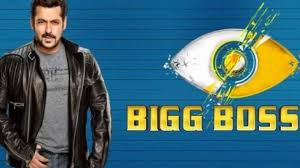 The reality show whose 13 season is being telecasted on Colors right now was seen to break all past TRP records this time in 2019. The show was a hit and hence an extension was given to it. Salman hosts this show and the contestants are really doing great in attracting viewers. The show has been always about few celebraty contestants living inside a house, staying out of touch with the real world. This time there was a twist with the show having 2 finales, from which one happened just after the 4 initial weeks and then the second finale is going to be at the end. The reality show which invites celebrities and add a touch of humour and fun into our lives , this show is known to be The Kapil Sharma Show. As the name suggests, the show is hosted by Kapil Sharma and accompanied by his crew of amazing artists who work so hard in making us laugh and enterntained. This show started few years back and it was a hit and hence forth it went forward for so many years. The show whose concept is of a dance competition between celebrity couples saw a change this time when there was a mix of currently together couples and also couples who have gone separate ways and are exes now. This twist to the show proved to be the attraction point for many viewers and fans. The choice of contestant was such that from teenager’s favourite celebrity to the favourites of the eldest in a family, everyone had their favourite in the show to cheer for. The twist in the concept really proved to be the turning point for the show. 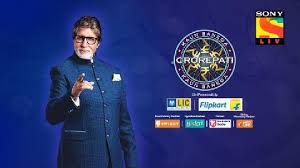 This quiz show is all about testing the general knowledge of the contestants and giving a chance to those who have the intellectual for a game show like this. The process of selection gives opportunity everyone to be the contestant of the show and gives them a chance to win lots of money. Amitabh Bachchan has been hosting the show and this respectful and honourable actor attracts lot of viewers to watch the show. This is a show where all the contestant compete on the basis of the talent of singing. They pick up contestants with the helo of auditions that are held in all parts of India. The winner is given many opportunities for a better future in singing career. The amazing singing talent that our country has from a toddler to an aged person , this thkng fascinates many and this motivates them to watch the show. Fans also cheer and vote for their favourites and help them win.

We congratulate all these shows to gain top places in TRP charts in 2019. We hope that they keep on entertaining us the same way they have been. Let us know your favourite reality shows and why are they your favourite!? Keep buzzin!