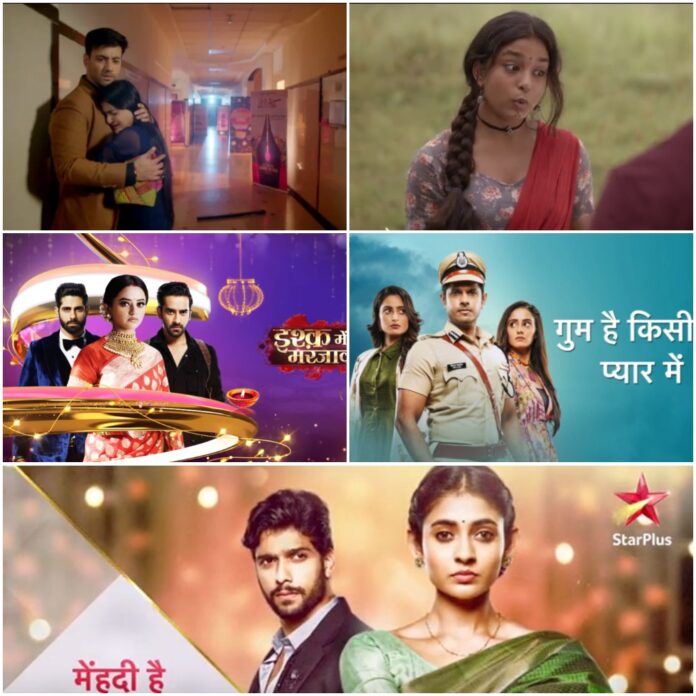 The Show is popular for its twists, turns and the chemistry between the leads. The show is now gearing up for high voltage drama. In the previous episodes of ‘Shaurya Aur Anokhi Ki Kahanai’ we have witnessed Shaurya getting kidnapped and Anokhi helping Babli fight her abusive husband Vineet.

Now in the upcoming week we will witness a high voltage drama with Anokhi learning shocking truth about Vineet. She will find that no one other than Vineet has kidnapped Shaurya. How Anokhi will help Shaurya and will punish Vineet will be interesting to watch ahead.

Drama to galore in Ishq Mei Marjawan with Vansh learning about Riddhima’s truth. He will accuse her for trusting his enemies over her husband. Riddhima will fail to clarify Vansh. How Vansh and Riddhima will deal with this situation will be interesting to watch.

So far in the episode, Sara and Vyom lays a trap for Vansh and Riddhima. Both decides to kill Vansh. Vansh over smarts Sara and Vyom both and saves Riddhima too. Riddhima and Vansh spends quality time together later.

In the previous episodes we have witnessed Virat fighting the terrorists and getting injured while trying to save his fellow officer. Sai who saw the news on TV got worried for him and went to see him at the hospital.  Ninad and Pakhi stops Sai from meeting Virat. After Virat got conscious he was excited and happy to meet Sai.

Now in the upcoming episodes we will witness Sai returning to Chavan Nivas to take care of Virat. Meanwhile, Pakhi will plan a revenge from Sai.  How Sai will deal with Pakhi’s evil plan will be watch worthy.

In the previous episodes we have witnessed Malini committing suicide, then she tried to find out the truth from Aditya by telling a lie about her past relationship. Imlie was asked to stay in Anu’s house  who kept humiliating her in every possible way she can. Anu also wanted to know the truth what’s going on between Imlie and Aditya. Also Dev’s extra concern for Imlie triggered Anu. Malini took decision to leave Aditya. Anu told about Dev’s extramarital affair to Malini and also shared her worries about Imlie which shattered Malini and Imlie got to know about Nishanth’s illness in college.

In the upcoming episodes we shall witness Anu will find other ways to trouble Imlie and Malini will get to know about Aditya’s relationship with Imlie. Aditya will confess it finally. Viewers will look forward to witness the much awaited confrontation.

In the previous episodes we have witnessed Jaya keeping forward a condition to Raghav to Marry Pallavi, if he wants her to come to his home. Vijay threw Pallavi out after hearing Raghav’s words about her. Raghav has sent Nikhil to the jail to make Pallavi agree to the Marriage and vijay was admitted in the hospital knowing this. Pallavi who was helpless finally Married Raghav to bring Nikhil out of the jail vowing to take revenge from him. Raghav got to know that she is a widow. Jaya also got to know the truth about their Marriage. In this week we will witness Pallavi trying to take revenge from Raghav Rao.