Vivian Dsena
I feel it does make an impact on people when celebrities do awareness campaigns about HIV/ AIDS because people listen to celebrities as they connect with them. And with such issues, even if us celebs can contribute a little, it makes a big difference. Ravi Dubey
I think when celebrities do awareness campaigns, it makes better impact on public. Yes, it is dreadful disease however things have changed dramatically for all the diseases and this is a part of it. I remember an article where a doctor was quoted as saying that he would rather have AIDS in these times than diabetes. Meaning, this is a manageable disease now. With lot of awareness we can always contribute to the cause.

Shashank Vyas
If celebrities take interest in AIDS campaigns it will have wider impact as people look up to them. Some find their role models in those celebrities too. Many brands hire celebrities to raise the product sales. In the same manner, if celebrities talk about HIV/ AIDS, people will pay more attention.

Gunjan Utreja
Celebrities have their share of fan following and it definitely helps in bringing awareness to all sorts of issues. In my opinion, all those who are public figures should take the opportunity to come out and support more such causes.

Shivin Narang
Yes, celebrity participation makes a lot of difference. I believe generally people don’t know much about AIDS, its causes or symptoms. If a celebrity participates, people make an effort to know what it is try to search for it and read it which creates awareness.

Kinshuk Mahajan
It does make a difference. Celebrities are considered as idols. If any celebrity says something, be it good or bad, people are bound to react. So, if such celebrities work for the betterment of society, people will at least give it a thought, because making people think is very important. If celebrities come together, along with support from the government, we can achieve the favorable targets. HIV/ AIDS is a very different kind of disease and is spreading rapidly in India. Celebrities are always talked about so if they speak good things about society, it will make a difference. Be it only 2 per cent, but that too is better than no difference at all.

Divyanka Tripathi
I feel that it is very important that celebrities participate in spreading awareness on World AIDS Day because common people follow suit of artists and celebrities. And when celebrities set good examples, common people pay attention to what cause they are supporting and will come out to help AIDS affected patients. Hopefully this will have people accept them freely which is much required by the society today.

Krrip  Kapur Suri
I feel that celebrity engagement does impact people. When stars like Shah Rukh Khan and Amtiabh Bachchan do a campaign, people get influenced and notice what the message is. And lets accept it, that big celebrities are like style icons for common people. This influences them to follow all campaigns which the star is a part of. So, being an actor, I feel its very important and we must make a point to talk about issues.

Rashami Desai
Celebrities spreading awareness about good things will not only make it more relatable but also it creates a good and responsible image for these celebrities. They will come across as upstanding citizens. Of course, if people can follow their style, they will also follow these celebrities’ causes.

Arjun Bijlani
I do feel celebrities create more impact. That’s why most major brands hire celebrities and they earn in crores. It also depends on the cause. If the issue is greater and bigger, hiring big names works more. But if the cause needs to work on ground level, then the actors who have more visibility, creates more impact. For example, TV actors may get fewer print ads but they will attract more people on TV, especially if the campaign is aired around their own shows.
Comments 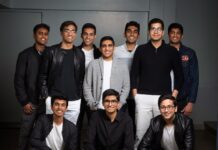 Why Alpana Buch aka Baa loves being part of Anupamaa?