Follow us on Google News
Vishal Bhardwaj is leaving no stone unturned in making ‘Rangoon’ look as realistic a film as possible. The song ‘Bloody Hell’ featuring the feisty Kangana Ranaut riding a horse and vivaciously dancing is creating waves already.
It is interesting to note that Vishal Bhardwaj has taken realism a notch higher. Instead of getting junior artists to perform in the song as musicians, he has gotten the actual live orchestra to feature in not just ‘Bloody Hell,’ but throughout the film. This gives much more precision to the look and feel of the songs.
The musicians are definitely an integral part of the film. In fact, ‘Bloody Hell’ also features the super talented singer, Sunidhi Chauhan singing in the song as it showcases a film within the actual film. The song showcases Kangana lip syncing.
‘Rangoon’ is a period drama set against the backdrop of World War II and highlights a love triangle among the protagonists Saif Ali Khan, Kangana Ranaut and Shahid Kapoor. The trailer has generated a lot of curiosity among the audience, crossing 13 million views already on YouTube and is one of the most awaited films of 2017.
Vishal Bhardwaj has travelled a long way for his upcoming period drama, Rangoon a Casablanca-like love story set during the Second World War.
The audience is expecting power-packed performances from the film.
Rangoon directed by Vishal Bhardwaj and produced by Sajid Nadiadwala under the banners of Nadiadwala Grandson Entertainment  and Viacom 18 Motion Pictures is all set to hit the theaters on February 24, 2017.
Comments 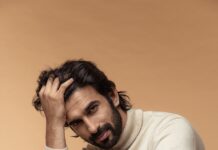 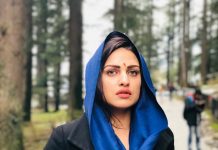 “It is a great moment for me that I am able to entertain people during this difficult time,” says Himanshi Khurana