Actor Alpana Buch, who plays the role of Baa in Rajan Shahi’s Anupamaa, loves being a part of the show. The actor says that while she cannot relate much to her character, she feels that the character is very realistic. “I cannot relate myself with Baa a lot because her thoughts are very outdated. But I can relate Baa with the other Baas in society which we come across. I, somewhere, see this character having a lot of characteristics similar to other women her age,” she says, adding, “The emotions that I portray with this character come from within and thanks to the writers and dialogue writers it is not very difficult to put in emotions to the character of Baa. Now I really enjoy performing the role and so it comes naturally to me.”

The actor shares a great rapport with everyone on the set. “I bond the most with Rupali Ganguly on the sets. Everyone on the set is really nice. We are like this in real life too, very fun-loving. What we actually make and post in not even 5% of what we are usually doing on sets. We enjoy being together. At times, we feel that may be due to these things it might be creating little indiscipline on sets but that is how work should happen, some fun and hard work along with some amazing people. Just today, when Paras was not on the sets, it felt very boring. But I feel grateful to have such a bond within us and it never makes us feel bored on the sets. These small moments are memories for me which I will cherish,” she says.

Meanwhile, Alpana admits that the show has added a lot of value to her career. “Anupamaa has added to my popularity and now people know the actor playing Baa in the show. I am happy people are recognizing me as Baa. So yes, Anupamaa is the reason behind my popularity. But I can’t deny that my work in Gujarati theatre is also a reason that people know me,” she says. Ghum Hai Kisikey Pyaar Meiin Spoiler: What will be Sai’s next step? 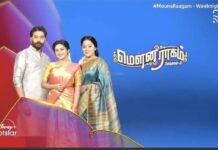 Ghum Hai Kisikey Pyaar Meiin Spoiler: What will be Sai’s next...