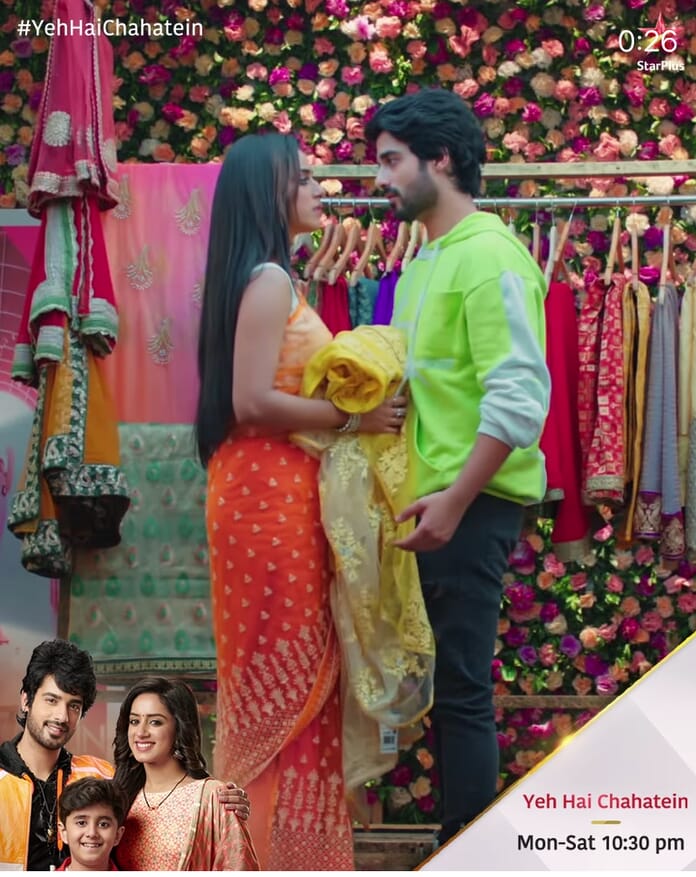 Episode begins with Preesha tells Krishna’s Nanny Rosy that she will take Krishna for icecream treat and the latter can join too. Krishna tells her that she want to go and they leaves from there. On the other hand, Sania reaches Ahana’s house and tells her to leave because they need to call Rudraksh once they leaves. Mishka tells her that they are waiting for Krishna. Meanwhile Preesha gives icecream to Anvi and Krishna. She notices that Krishna eating icecream like Saaransh. She thinks that Krishna’s behaviour reminding Saaransh that’s why she is getting attached to her.

Krishna asks her for one more icecream so Preesha buys it for her. Ahana calls Nanny Rosy and asks her that why the latter didn’t reach the home yet and where is Krishna. Rosy tells her that Krishna is with her only and they are on their way to home and disconnects the call. She takes Krishna with her saying that they should leave now. Vasudha calls Preesha and reminds her about marriage ceremonies.

Later Preesha’s haldi ceremony begins. Rudraksh comes there and takes the haldi plate from Vasudha. She asks him that what the latter doing there. He replies her that Anvi invited him. Anvi agrees with him. Rudraksh is about to apply haldi on Preesha but the latter refuses. Anvi convinces her so Preesha stays silent. Rudraksh applies haldi on Preesha.

Gopal smiles seeing that. Digvijay tells Armaan that Rudraksh is really shameless and asks him to throw Rudraksh out of the house. He is about to call the Security guard. But Armaan stops him saying that guests are there so they should not create any drama. He wonders that what Sania doing.

Preesha thinks that why Rudraksh applying haldi on her when she is going to become someone else’s wife. He thinks that he will bring Saaransh and this marriage won’t happen. Sania calls Rudraksh and informs him that she found Saaransh’s location and asks him to reach there. Rudraksh leaves from there.

After some time, Rudraksh reaches the location which Sania sent her. He calls Sania and hears her mobile ringtone inside the house. He breaks the door and finds her unconscious. He splashes water on her face and the latter regains her consciousness. He asks her that what happened to her and where is Saaransh. Sania tells him that Saaransh was here only and Ahana got to know about her betrayal so Ahana attacked her and escaped with Saaransh. He tells her that he won’t leave Ahana and asks her that where Ahana would have left.

Preesha asks Vasudha that is she doing right by marrying Armaan. Vasudha asks her to not think about it now. Gopal talks about Rudraksh and Vasudha scolds him. He calls Rudraksh and learns that Rudraksh going to find Saaransh. Rudraksh stops the tempo. Sania calls Ahana’s number and they finds Ahana’s mobile in the tempo. She tells him that seems like Ahana got to know about tracker. They decides to search Ahana in Shimla. Next day, Preesha’s Mehndi ceremony gets over. She goes to drop Anvi in the tuition centre.