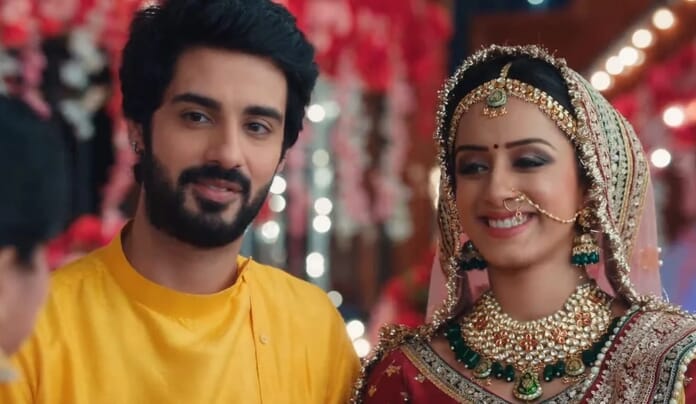 Star Plus show Yeh Hai Chahatein is always on top because of the interesting storyline. The twists and turns of the show have glued us to the screens. Now, Preesha going to stay in Thakur house until she marries Rudraksh so it will be intriguing to watch that what going to happen in the future episodes.

In the current episode, Preesha thanks Armaan and tells him she have hurted him so much still he stood by her side always. He tells her that she is his friend and he just wants her happiness. Rudraksh tells Armaan that the latter supported Preesha when he have hurted her and hugs him. He tells Preesha that they should make Saaransh remember the past. Preesha asks Sharda to reach Thakur house. Preesha and Rudraksh’s reunion pisses off Digvijay. Armaan meets Sania and scolds her. Then he tells her that now he will do what he has to do and he takes her to his house.

Sharda gets emotional seeing Saaransh. Rudraksh asks Sania to leave. Armaan tells him that Police said that Sania can’t leave the city and he brought her to his house to watch her actions. Sharda is about to take Preesha to Khurana house. But Armaan stops Preesha saying that she can leave after marrying Rudraksh because officially they are divorced now and marriage will happen within 3 days. Everyone agrees with him. Preesha spends time with Saaransh. Rudraksh meets her in the lawn and they apologizes to each other.

In the upcoming episode, Anvi will ask about ‘roka’ to Armaan. He will tell her that couple exchange the rings in ‘roka’ ceremony. Sania will ask Armaan that why he didn’t tell Anvi that Preeeha and Rudraksh’s ‘roka’ ceremony going to happen. Armaan will tell her that this is his plan to stop this ‘roka’. Later, Preesha will try to put ring on Rudraksh’s finger but Anvi will stop her.

What Anvi will say now? Will the ceremony get cancelled?