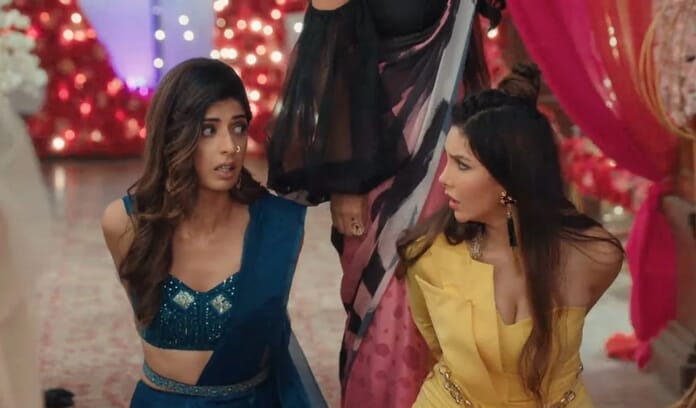 Star Plus show Yeh Hai Chahatein is always on top because of the interesting storyline. The twists and turns of the show have glued us to the screens. Now, Armaan planning to do something big to separate Rudraksh and Preesha so it will be intriguing to watch that what going to happen in the future episodes.

In the current episode, Preesha recalls that how Krishna met her and said that Ahana taking her to London but she don’t want to go. She learns that Krishna is a boy and Ahana make him live as girl. Gopal reveals to her that Saaransh is alive and also about Rudraksh and Sania’s fake marriage. She confirms that Krishna is Saaransh by seeing the birthmark. She reveals everything to Rudraksh. Rudraksh cries hugging Saaransh. Armaan calls Sania and informs her everything.

Ahana learns that Krishna is missing but she don’t need him anymore so she and Mishka leaves for airport. Preesha informs Rudraksh that Saaransh don’t remember them and Ahana must have done something. He tells her that he won’t forgive Ahana for what she did with Saaransh. Sania brings Ahana and Mishka and tells Rudraksh that she understood her mistake. But he refuses to believe her. She tells him that Ahana is responsible for the latter’s suffer.

In the upcoming episode, Ahana will confess that she gave medicines to Saaransh to erase his memory. Armaan will say to Preesha that Ahana confessed her wrongdoings so with this evidence they can prove that Ahana is culprit. Police will arrest Ahana and Mishka. Preesha will thank Armaan. Later, Armaan will say to Sania that still Preesha is with him so he will do everything which he want to do. Sharda will try to take Preesha to Khurana mansion. But Armaan will stop Preesha saying that he won’t let her go.

What Armaan planning to do now? What will be Sania’s next move?