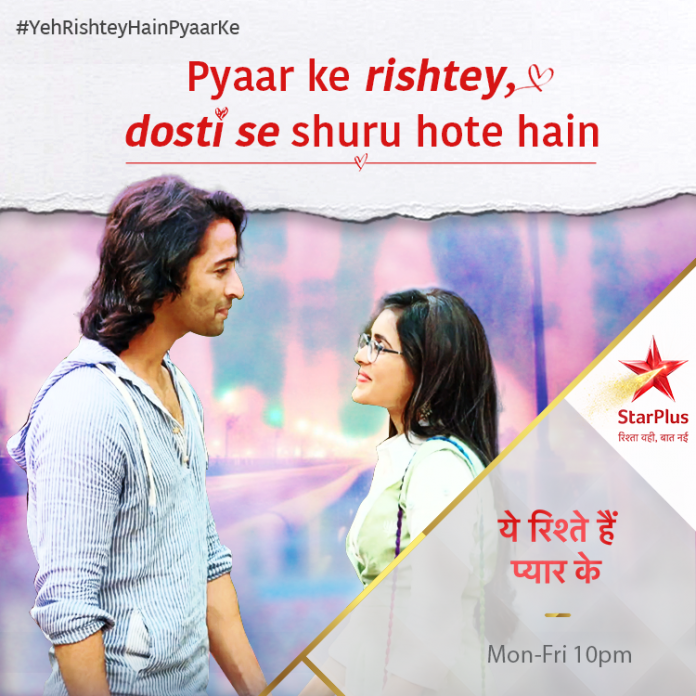 In the upcoming episode of star plus popular show Yeh Rishtey Hain Pyaar Ke, Abir will drive off in the ambulance while Meenakshi request police to go near accident spot. Police refuse. Mishti will call Kunal to find out if Abir reached home. When he reply no she tell him he drove off in an ambulance. Meenakshi will get annoyed with Mishti but Kunal defend and support her for leaving wedding to find his brother. Abir will stop in the temple where they both confessed their love and goes inside to pray. Mishti will think he might have gone to her house. She cross the temple not noticing ambulance.

Abir rings the temple bell continuously as he prays to God what to do. Mishti will stop vehicle feeling restless and goes back to temple and find ambulance. She will climb on it and shouts for Abir. Abir will see Mishti and climb up. He ask if she had left her wedding after informing Rajshri. She nods and tell him she had a feeling he was not alright. They hug. Mishti tell him that they should elope and get married as he suggested. She will tell him she is scared that they will be again separated.

The entire family will see them hugging on top of ambulance. Nishant ask Mishti to get down . Kunal help her. Nishant pull her hand while Abir hold the other. Both refuse to leave her hand and argue. Jasmeet angrily shout at Mishti and regret the day they brought her home.

Rajshri will support Mishti and tell them they never gave choice for Mishti to speak what she want. Rajshri and Vishamber get into argument. Mishti will apologize for being the cause. Abir ask for forgiveness to Vishamber and not to ruin three lives by marrying her off to Nishant.

Mishti will apologize to Nishant and tell him she can never love him and it won’t be right to marry. She will accept her mistake of accepting the proposal and even tried to forget Abir. Nishant will ask her if she left house because she felt Abir was in danger or because she love him. Mishti will confess that she love Abir.