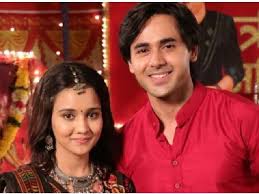 Yeh Un Dinon Ki Baat Hai which was produced by Shashi Sumeet Productions, aired on Sony TV was a very successful show. It was the story of Naina(Played by Ashi singh)and Sameer(Played by Randeep Rai). This story was set in the 1990s. The show was based on youngsters’ love story. It started in August 2017 and ended in September 2019. It attracted the viewers. The fans even protested against the ending of the show.

This show made Sameer and Naina’s story from school love story to a successful love story look so beautiful that its a inspiration to many millenials of this era. The show made us see how you can overcome all the difficulties on your way of love so easily and smoothly.

There are many reasons that makes Yeh Un Dinon Ki Baat Hai unforgettable. Today, we bring you those reasons for you fans-

This show showed the love story of two young adults. Millenials loved this idea behind the TV show as they feel connected to the story due to being the same age as that of the characters.

Kids of today’s generation got to see a glimpse of how loves stories worked during their parent’s childhood. Whereas the adults of the family got a dejavu feeling by watching the show. This made the whole family whether it be elders or the younger ones everyone got together to watch the show. This made the show a popular family drama.

The casting of the whole show was amazing. This show made us feel like we are really entering to a different world of 90’s as the emotions and role potrayed by each character was so realistic and very nicely done.

Ashi and Randeep are known for the friendship they share off-screen. This bonding was clearly visible on the screen in the form of thier chemistry. At no point did the audience feel that the chemistry is lacking. At each and every moment even in the small moments we could see the amazing and beautiful chemistry between the leads. The real life bond made the reel bond look more realistic.

It was inspired by the real-life love story of producers Shashi and
Sumeet Mittal. This touch of real life love story made the show more relatable to the viewers. The show being the real life inspired story, had no over dramatic twist or turn which made the veiwers more interested in the show.

These kind of pure and less dramatic stories are much needed for our television industries. People watch television for the sole purpose of entertainment and these kind of shows are true stress relievers. We hope to see more such amazing stories soon. Let us know your views on this show?!