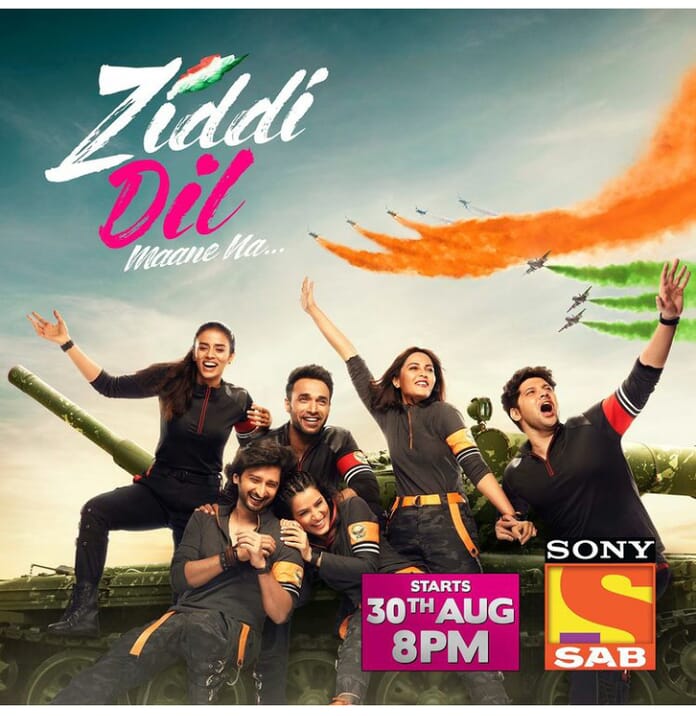 The episode starts with Bala helping Mrs. Bhatra to take bags. Mr. Bhatra too comes there and both Mr and Mrs Bhatra bid goodbye leaving the responsibility of academy to Karan. They both leave. Karan gets the bag for Sid from Bala and gives it to another officer. He asks Bala to come with him. Sid sits in front of Sanjana and extends his hand towards her. Sanjana is still stunned. He takes he hand and Sanjana asks if all the gifts were sent by him. Sid says yes and asks hi fi recalling the night of their meet up. Sanjana gets shocked and starts beating him. Karan bought new clothes and shoes for Bala and brings him to the same restaurant Sid has booked. The restaurant manager says that the whole restaurant is booked and Karan asks for parcel.

Suddenly they saw all the musicians running out of the restaurant. They both go into find Sanjana beating Sid. Sid says that he was the one who sent her gifts and Karan gets shocked hearing her. Karan holds Sanjana to control her. She asks why didn’t he send his gifts to Monami instead of her. Sid understands the reason for her anger and asks if she would accept him if he was not engaged to Monami. Sanjana starts strangling him but Karan releases him from her hold. He says that he will deal with him. Koel scolds her son who takes up his father’s name. Koel cries recalling the abuse she faced by her husband. Karan drags Sid by collar and locks him up in jail. He asks him to stay there until he gets thrown out of the academy. Trainees feel bad for him but he warns them shutting them up. He asks Prasad to keep careful watch on him and warns to nothing give food or water to him. He leaves.

Monami is ironing her clothes when Karan comes there but she couldn’t hear him due to her headphones. She’s lost in Karan thoughts. Karan taps her shoulder and she gets startled seeing him. Karan calls her a fool for choosing someone like Sid for her. Monami asks him to not look down on her and says Sid is her best friend who always stood by her side. Karan asks does she know what her Sid did and Monami gets confused. Karan says that it’s her life and the decision should be made by her too. Bala is explaining whatever happened at hotel. Suman supports Sid saying that it was just date and Sid is ill. Koel says that whatever Sid did is wrong as he’s already committed to Monami. She supports Karan. They all discuss about it when Monami comes there. She hears that Sid is punished and asks what happened but none answers. She herself goes to check on him.

On  the other hand, Sanjana is boxing venting out get frustration. Monami comes there and trainees divert Prasad’s attention for her to speak with Sid. Monami scolds Sid for landing in trouble and asks him to leave the place. Sid says that he finally found a goal that is Sanjana. He says he loves her and wants to be with her. Monami gets frustrated.

Precap : Monami tries to break the jail when Karan comes there.