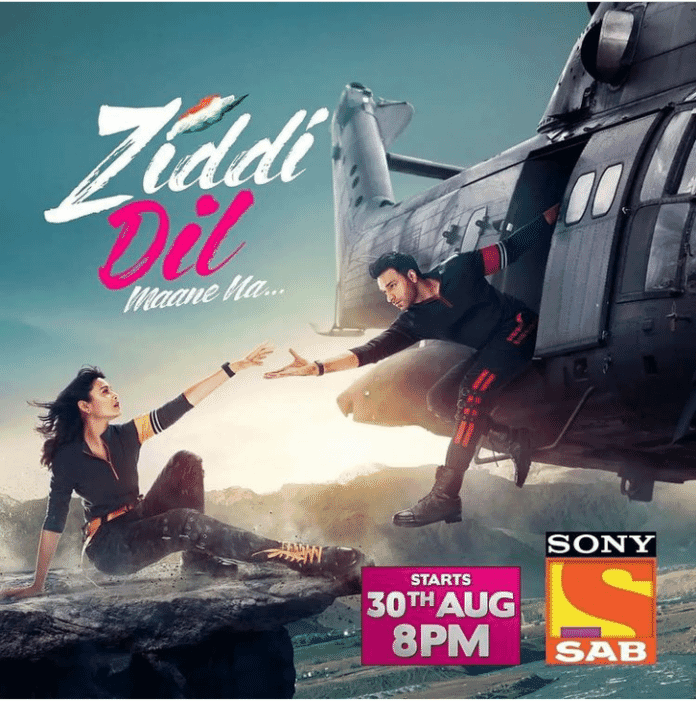 The episode starts with Mona crying that he needs immediate medical attention. Sanjana says they will take him but Mona lashes out at her for fir ignoring her words and blames Karan for it. Sanjana and Mona help him. Sanjana lifts him and takes him to dispensary. Prasad informs it to Karan. Mona is treating him while the trainees rush to see him. Sanjana sends them off. Karan calls ambulance while Dilwar blames himself for it. Karan asks him not to. Sanjana helps Mona and Doctor rushes there. Sid’s condition worsens. Sanjana asks what happened. Mona says that due to no water body is dehydrated, sugar level fell and blood pressure increased. She says that if the body doesn’t pump blood normally then the organs may fail. She cries and Sanjana says that it’s only chance and asks her not to worry.

Prem and Bala fight over Sid taking sides. Mona comes there and shuts them. She asks whether they know how serious the issue is that they are fighting. They all leave. Bala assures Mona that he’ll be fine. Mona asks Sanjana to leave too but Sanjana says she won’t until he’s alright. Mona asks her to be there and reduce his guilt. She says that Sid is not what everyone thinks of him. She says that he’s adamant from childhood. Sanjana consoles Mona. Sanjana asks if she took second opinion from another doctor. Mona says she don’t have one. Sanjana gives her phone. Mona calls her father when Karan comes there. She glares him and leaves to speak with her father. Her father mocks her thinking that she called to come back home. Mona explains the situation and asks for his advice. He taunts her when Mona says she’ll manage herself.

Faizi says he’ll become scapegoat if something happens to him. Sanjana blames herself. Karan says everything happened because of him and it has nothing to do with her. Karan gets informed that ambulance is there. He bumps with Koel who’s taking milkshake for her son. Karan gets doubtful on her and warns her for breaking rules. He says that they can’t take food to room and milk shakes will be give only once. He asks her not to repeat it else she’ll be thrown out of the academy. Koel thinks that she can’t stay in the academy for long.

Monami comes to pantry and everyone asks about Sid. Mona says that he’s critical for the next three hours. Bala assures her that Sid will be fine. Koel comes there and asks Mona to leave the academy once he’s fine. Karan comes there and says that ambulance is there and they don’t have to worry. Mona mocks him and blames him for Sid’s condition. Dilwar says its Karan who asked him to take Biryani to Sid but none believes it. Karan asks him to let it be. Mona accuses him of being a cheater himself and punishing Sid. Karan shouts at her to not involves in his personal life.

Precap : Mr. Bhatra gets disappointed with Karan and appoints a new person in his place.