Follow us on Google News
Siddharth Kumar Tewary’s historical drama based on the life of the abandoned & orphaned founder of Mauryan empire, Chandragupta Maurya went in for a major upheaval with a five-year leap & Faisal Khan stepping into shoes of child artist Kartikey Malviya with a fresh face, Dr. Aditi Sanwal romantically paired opposite him.
Getting closer to his dream of ‘Akhand Bharat’, with some powerful action sequences spread across two major wars depicted on the show previously leading up to the leap, the show will get a breather with some romance on the cards.
A source close to the show adds, ‘It is time for some mother-son reunion & also to witness some chemistry between Chandragupta & Durdhara. In upcoming episodes, Chandragupta & Moora will meet again so except some emotional drama to unfold. There will be a rather romantic fight sequence between Chandragupta & Durdhara which will gradually lead to the big revelation of his identity.’
Only time will tell what’s in store for Chandragupta & will his love story end before it begins?
Comments 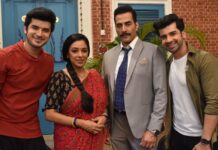 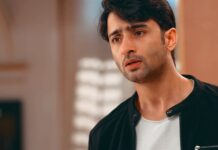