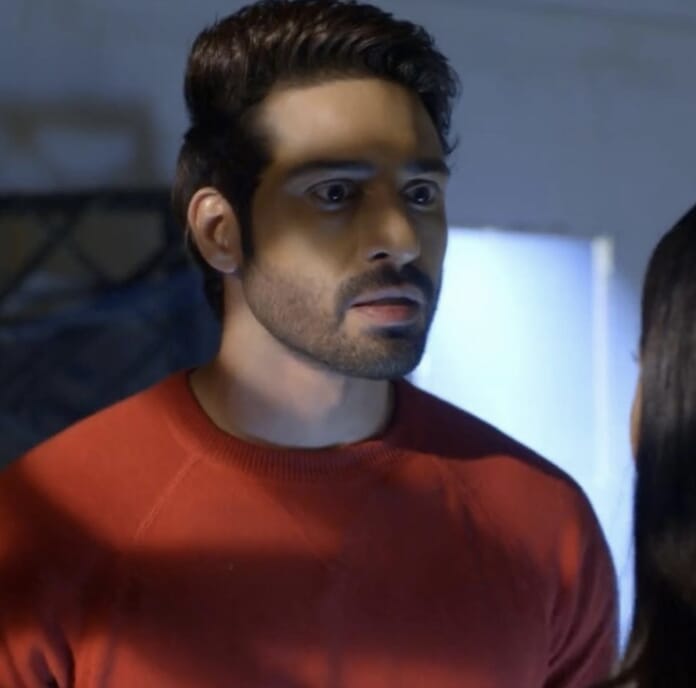 Aapki Nazron Ne Samjha, the show was and always is appreciated for it’s unique storyline. With Darsh and Nandini married, viewers expected many things but instead Darsh and Nandini got separated and Rawals now think that Nandini is dead. With Charmi bring brought by Rajvi as Nandini, viewers are excited and hoping to see the trith getting revealed soon. With so many tracks and twists left open in the show, it has successfully kept it’s viewers on the edge of their seats.

In the current track, Gunjan makes Charmi jealous of her and Shobhit. Nandini comes to visit Bansuri in another get up. She meets her and imagined being seen by Rajvi so she leaves after just few minutes spent with Bansuri. Nandini makes sweets and Darsh observes her and feels it’s Nandini’s style of making sweets. Nandini fears that Darsh might recognise her so she tries to divert him but the smell of the sweets can’t stop Darsh think about Nandini.
Nandini fears that if Darsh eats her sweets he will recognise him so she takes the sweets away and starts a fight with him. Here, Gunjan and Vanalata decide to reveal Darsh’s affair infront of all. Darsh feels obliged to help Jhunjhunwala’s family so he registers Nandini into the sweet making contest.

Here, Shobhit seeks help from Naveen to help him pay for his mistakes. Charmi sees Darsh’s love considering her Nandini and feels guilty to lie to him. Darsh brings Nandini’s cow for Charmi, the cow doesn’t let Charmi touch her. Darsh feels confused that why the cow is doing like this. Here, Nandini gets worried for Vinni and tries to find her.

Vini is actually shown kidnapped by Gunjan and Vanalata. Vinni keeps on talking by which Vanalata and Gunjan get upset and irritated. Here, Rajvi comes to Shobhit and accuses him to start a new sweet shop. She scolds Shobhit. Rajvi also apologies to Bansuri for making her lie.

Bansuri is upset with what Rajvi did so she refuses to lie to Darsh anymore. Rajvi gets sad. Here, Charmi finds a pic of Vini with her real mother and Darsh gets confused. Here, Shobhit receives the entry of Nandini for sweet making competition but he misses out on the name and tastes it. He feels it has same taste as Nandini. Later, Bansuri talks to Naveen that she still blames Rawals for Nandini’s death. Naveen cares for Bansuri’s health so he calms her. Vanalata and Gunjan are irritated by Vini and they are clueless what to do next.

In the upcoming episodes, Darsh will show the picture of Ishani with Vini to Nandini. Darsh will confront her. Nandini will be unable to lie and blurt out that she is Nandini.

Will Darsh know about the real Nandini? Will Shobhit be able to repent for his mistakes? What will Rajvi do next? What is in store for Nandini and Vinni?