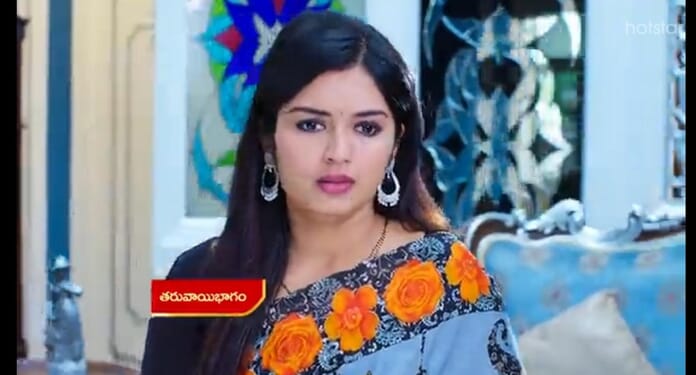 Janaki Kalaganaledu is a Star Maa’s hit popular show. The unique storyline of the show attracted the viewer’s attention. Janaki is a well educated woman who wants to become an IAS while Ramachandra is a sweet vendor. They both are married. Ramachandra adores his wife and supports her in every situation. The leads of the show Janaki and Ramachandra are loved for their chemistry. In yesterday’s episode we saw Janaki meeting Vaijayanthi and telling her that she has come because Jnanamba wants to invite her again. Vaijayanthi makes her sit on a sofa and goes to bring water for her as she denies to have coffee. Janaki sees her photo laying on the table and takes it in her hands. She gets scared thinking that Vaijayanthi has seen them. Vaijayanthi calls her from behind and she gets scared. Vaijayanthi gives water to her and asks her the reason for her fear. Janaki leaves from there saying there is nothing. Vaijayanthi looks at the photos and then she guesses why Janaki was scared. She decides to tell Jnanamba about it in the Ganesh Chaturthi Pooja.

In the today’s episodes we will get to see the family doing the Pooja. Vaijayanthi says that with Janaki’s entry their house has become more bright. Jnanamba says this is what everyone is saying. She says Janaki is the Goddess Laxmi of her house. Vaijayanthi says she is not Goddess Laxmi but Goddess Saraswati of the house. The family gets shocked hearing her. She says that she knows about Janaki’s education. She says Janaki even though didn’t go to school still she learnt good manners and patience. Later she asks Janaki to meet her at her house.

What will Janaki do? Will Vaijayanthi tell the truth to Jnanamba? What will Jnanamba do?