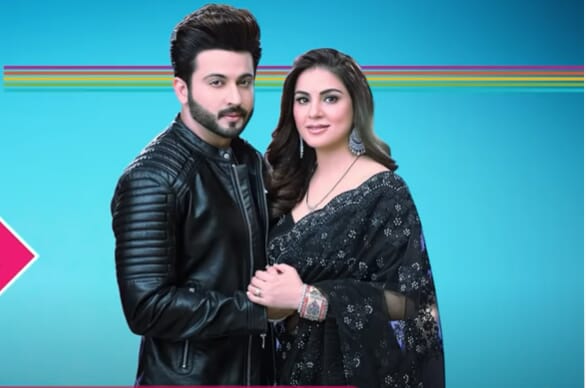 Episode begins with Karan tells about Preeta to Rajat and Sonakshi. Sonakshi asks him that how is he feeling now because he is going to be a father. He tells her that he is happy and more than him, Preeta and his family is happy and excited to welcome the children and he is lucky that Preeta is his wife. He tells her that Preeta changed his life completely. Sonakshi asks Rajat to learn all these from Karan. Sameer asks Sonakshi about lawn saying that he want to go for walking. Sonakshi notices Ananya and calls her and asks her to show the lawn to Sameer.

Srishti gets worried for Preeta and video calls Sameer and asks him about Preeta. He tells her that Preeta is in her room. She asks him that is not he afraid to walk alone at this time in the lawn. He tells her that Ananya is accompanying him so he is not afraid and disconnects the call. Srishti gets jealous when she heard about Ananya. Janki tells Srishti that their neighborhood’s girl went to her friend’s marriage and fell for someone there. Srishti imagines Sameer with some veiled girl and screams. Janki asks her that why the latter screamed. Srishti lies to her that she saw rat.

Karan notices tears on Preeta’s eyes and tells her that he can understand that it’s all happening because of mood swings but for that also he can’t see her crying and asks her to smile. She tries to tell him that she is not pregnant but Rajat interrupts them and tells Karan that he is going to marry Sonakshi but he don’t know much about her and asks him that how can he win Sonakshi’s heart and asks him to tell about Sonakshi’s likes and dislikes. Preeta asks Karan to help Rajat. Rajat thanks her and leaves the room.

Srishti wakes Janki and asks her that can Sarla stay alone in the house for few days. Janki gets confused hearing her. Other side, Preeta recalls that how excited everyone to welcome her children.