Today we will tell you about some of the blockbuster party songs of 2019 which created a buzz as soon as they arrived. And those who can put the all lights in your New Year party, then let us know about those songs without wasting time. Sung by Mika Singh & Tulsi Kumar and Composed by Tanishq Bagchi is a re-created version of Govinda’s and Raveena Tondon’s famous song. And inside its remake version, it was performed by Kartik Aryan, Bhumi Pednekar, and Ananya Pandey, and it was shown in the movie Pati, Patni aur Wo. This song created a buzz as soon as it was released and forced all of us to dance so it is perfect for our New Year parties. This song is from the recently released film Good News which has been filmed by Akshay Kumar Kareena Kapoor over Daljeet Dosanjh and Kyara Advani, which is sung by Badshah, Hardy Sandhu, Lisa Mishra and Asees Kaur have become one of Badshah’s Most Loving Party Songs and Already everyone’s favorite, so how about it? 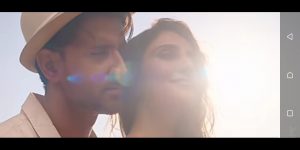 Break the Dance Floor with your Special one’s on song “Ghungroo” this time. The song is performed by Hrithik Roshan and Vaani Kapoor inside the film War, Singed by Arijit Singh and Shilpa Rao and has given music by Vishal and Shekhar.

In the voice of Neha Kakkar & Tony Kakkar. Composed by Tanishq Bagchi, starrer with Kartik Aryan, Ananya Pandey, and Bhoomi Pednekar from the film “Pati, Patni aur Wo, is the one of the most rocking party songs of 2019. This superhit song of Karan Johar’s multistarrer film “Kalank” which is sung by Arijit Singh is music by Pritam and written by Amitabh Bhattacharya. Even today when it plays, people are unable to stop themselves from dancing. This dancing number of multistarrer film Housefull 4 sung by Sohail Sen and Vishal Dadlani.The specialty of this song is that everyone can easily dance on it, That too without doing any special steps. So this new year this song is perfect for those who do not dance. This superhit dancing number from another multistar film Pagalpanti sung and composed by Yo Yo Honey Singh. So play this song in this New Year party and put a little Thumkas. This song of Rajkumar and Kangna’s film “Judgemental Hai Kya” which is sung by Navv Inder, Lisa Mishra and Raja Kumari and composed by Tanishq Bagchi is also no less happening song for boosting your party mood. Another superhit song from the superhit film “War”, sung by Vishal Dadlani and Benny Dayal and music by Vishal & Shekhar. So how will this song be to make your rocking party even more rocking.

So these were some of the rocking party songs of 2019, comment below and tell us which one of these is your most favorite song. Let’s get buzzing….!!!

Anupama: What! Vanraj’s offer of help for Anuj, secret ploy against Kavya