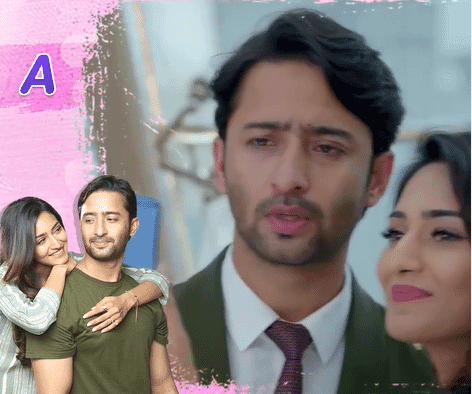 Sonakshi explaining pg about how important it is for him to file a complaint and raise his voice against racism. Bijoy to agrees to accompany him to police station to file the complaint. Sonakshi takes her leave. Sanjana is getting ready as Sonakshi and Reena advises her to let go off her obsession. Sanjana believes that Dev fell for Sona’s dressing sense and believes that she’s no less than Sona. She says that she will confess her love to Dev as she don’t want any regrets. Her friend calls her mad but Sona says that she believes that Dev will fall for her as there’s only one Dev who can complete her. She says she has incomplete family and love and wants to be completed by Dev.

Ayush helps Suhana and Shubh in building cards when Neha comes there. She says that Ayush is a good brother after Ayush leaves. She says that Dev is exactly like Ayush which is why she becomes second best. She asks her to not face the sane fate as her. Soha gets into thinking. Sonakshi and Dev are planting and asks Suhana to select her plant first. Neha comes there and seeing her Suhana asks Ayush to choose first. She later cribs that she got a plant and not tree. Sonakshi says not the variety but care matters as every tree is different from one another. Ishwari comes there and agrees with Sona. Neha taunts Ishwari making her upset but Dev asks her to let it go. Dev and Sonakshi are romancing when Sanjana interrupts them. She says that she came to visit Sona for her diet chart and Sona goes to get it. Sanjana tries to get Dev’s attention but he doesn’t pay heed to her and sends her to room.

Vicky is clicking Sanjana picture when Elena asks the reason for it. Vicky says that she’s a very talented employee. Elena says that she’s intruding personal choices way too much and gives party as example. Vicky makes it clear that she’s just a valuable employee and asks her to not put thoughts in Sona’s mind. Ishwari notices Sanjana and she returns the tiffin box in which Ishwari sent halwa. She says there’s milk peda in it as she can’t return it empty. Ishwari praises her and introduces her to Neha. They both leave to kitchen while Sanjana finds Dev helping Sonakshi in arranging the plates. Sonakshi calls the kids for food. Ayush greets her so does Suhana and Ayush. Suhana says that her earrings resembles her mother’s. Sona says that this is not hers and it’s similar to hers. Neha says it suits better to her than Sona. Sanjana gets happy and Sona understands Neha’s words. She says that Neha is right. Dev asks for pen while in call. Sanjana picks it when Rohit’s photo falls down.