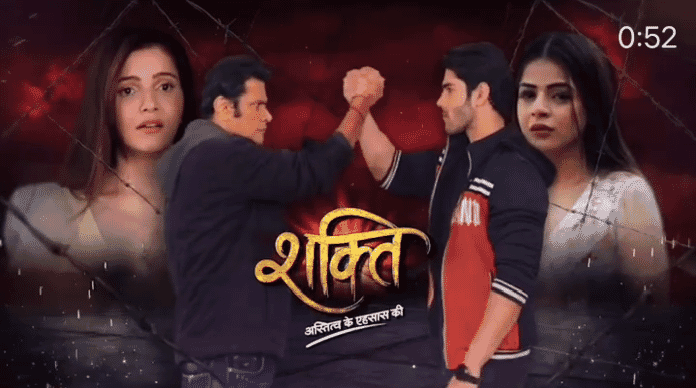 The episode starts with Virat accepting Guru’s friendship. Heer asks Virat can he become her friend too? Virat recalls his moments with Heer. He asks Heer why she wants to become his friend just because he saved Guru. Heer says Virat saved his enemy’s life as well, which proves that he can be a good friend. Virat accepts Heer’s friendship and Guru says they are now his team members. Whole college will discuss about their friendship from now on.

Heer and Virat reach home and get shocked to see all the mess everywhere. Virat asks Gurwindar how it happened? Gurwindar replies to him, now he should not show concern, when Sant called him he ignored. Heer asks Gurwindar to tell everything clearly. Gurwindar says Parmeet lost her control and was throwing stuffs randomly. She got hurt as well. Now Gurwindar will get admitted to the hospital as her condition is not well. Virat gets shocked and says he will go to see Parmeet.

Gurwindar shows Parmeet’s reports to Virat. She says why Virat didn’t trust Parmeet earlier, because of his disbelief Parmeet fell sick. Gurwindar says Parmeet has heart problem. She adds Virat has changed himself so much. He was not like this before. Virat starts feeling guilty and blames himself for scolding his mother. Heer asks Gurwindar why is she lying when she heard her conversation with Parmeet, Heer tells Gurwindar not to put Virat in guilt. Gurwindar says means it was Heer who instigated Virat against his mother. Heer says I admit I told the truth to Virat but this is not a lie. Virat shuts them up and again regrets for scolding Parmeet. He gets emotional looking at her. Gurwindar says due to excessive bleeding Parmeet fainted.

Later Heer meets Dr Singh in hospital coincidentally and Gurwindar notices them. She instigates Virat saying seems like Heer knows this doctor and she only told the doctor to lie about Parmeet’s health. Gurwindar questions Dr Singh to tell the truth. Dr Singh lies that Heer forced her to lie about Parmeet’s health. Virat comes and says if Heer forced Dr Singh to tell lie then Heer should also confirm it. Heer meets Virat and the latter informs her what Dr Singh told. Heer tells Virat do you really feel she is telling the truth.

Parmeet notices them. Heer calls Harman and turns on the loud speaker mode. Virat interrogates doctor and checks her phone to find Heer’s number to see if Heer really called her or not. Virat doesn’t find Heer’s number and asks Doctor to tell the truth as he trusts Heer more than himself. Doctor lies to him that Angel blackmailed her. Heer thinks Parmeet again put the blame on Angel to save herself. Gurwindar says now Sant will cancel the doctor’s licence.

Harman and Saumya hear everything. He tells Saumya that Virat’s family is not letting Virat and Heer live peacefully. Saumya says its their struggle and they will have to deal with it in their own way. Noone should interfere. Harman agrees and says just like him and Saumya, Virat and Heer will also win this battle and will never leave each other’s sides.

Virat gets suspicious and thinks why Angel will try to separate them, it doesn’t make sense. He says doctor is lying and hiding about the real culprit. Gurwindar gets nervous and tells Virat that her father will handle everything, he should not worry. Heer adds they should interrogate the doctor again later they will file complaint against her. Heer and Virat are about to live. Heer thinks Parmeet will do something for sure to stop them from reaching the doctor. Gurwindar stops them and says Parmeet gained her consciousness. Heer and Virat turn back.